Puffin and shearwater numbers surge on Lundy after rat eradication

Numbers of Puffins have rocketed on an island off the coast of Devon, a decade after it was declared rat-free. 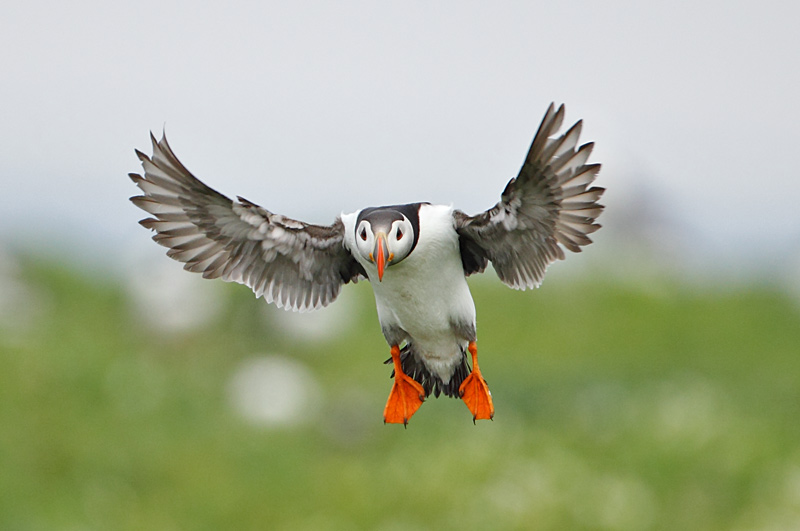 More than 300 individual Puffins have been counted on Lundy Island this year, compared to just five birds ten years ago, thanks to a seabird recovery project.

Rats, which feast on the eggs and chicks of burrow-nesting birds such as Puffin, were eradicated from the island between 2002 and 2004 as part of the Lundy Seabird Recovery Project, with the island being formally declared rat-free in 2006.

Other seabirds have also thrived, including Manx shearwater, with the most recent figures recording some 3,400 breeding pairs, from a low of only 300 pairs when the recovery project was planned and conducted.

Helen Booker, RSPB senior conservation officer, said: “We expected Manx shearwater would benefit from rat eradication, and we have certainly seen that, but we were much less optimistic about Puffin. Ten years ago its population had reached such a low level we worried whether it would survive, to see that Puffin is now doing so well really is exciting.”

Becky Macdonald, the Landmark Trust’s warden on Lundy, said: “The increase in Lundy’s seabird colonies, particularly the enigmatic Puffin and elegant Manx shearwater, illustrates the importance of seabird recovery projects and the need to protect our seabird populations from controllable threats, such as predation by non-native mammals.”

The Lundy Seabird Recovery Project was mainly intended to boost the population of Manx Shearwater, which were a higher conservation priority at the beginning of the century. But the Puffin’s problems have multiplied since: the bird is struggling in northern Scotland, Orkney, Shetland, the Faroe Islands, Norway and Iceland, following a crash in the number of sandeels, the Puffin’s preferred diet, probably triggered by warming sea temperatures.

There has been no breeding at all in some of the northern colonies in ten years. Whereas birds in places such as Lundy, but also in South Wales, Ireland, and elsewhere around the Irish Sea, have been able to exploit alternative food sources, such as pilchards and anchovies, numbers of which appear to be increasing in the southern parts of the Puffin’s breeding range. 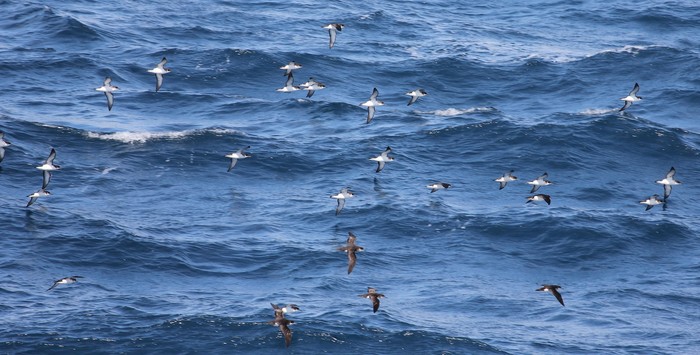 “In numerical terms, Lundy’s population is still modest but in terms of establishing a UK-wide halo of viable Puffin breeding stations I attach real significance to this recovery.”

The Lundy Seabird Recovery Project was a partnership between the RSPB, the Landmark Trust, Natural England, and the National Trust.

John Holmes, Natural England’s area manager, said: “This is fantastic news and a remarkable result over a relatively short time. It just shows what a concerted effort by a committed group of partners can achieve.”

Rob Joules, the National Trust’s general manager for Lundy, said: “It’s great to reach the ten-year milestone of Lundy being rate-free and to see its wildlife thriving in direct response. This was an incredibly important and worthwhile project to be involved with and it’s great to know the lessons learned are being implemented on other offshore islands around the UK.”

Storm-petrel, which nests in small burrows or crevices among rocks, and whose breeding sites are also often plagued by rat predation, was recorded breeding on the island for the first time in 2014. Because the bird nests in inaccessible places precise figures are difficult to obtain, but up to 100 are now thought to be present.

Guillemot and Razorbill are also doing well on Lundy, whose recent population increase coincides with Lundy being declared rat-free, but, particularly for Guillemot, may not be strictly linked. It is however indicative of the island’s importance to seabirds.