Male warblers singing to themselves 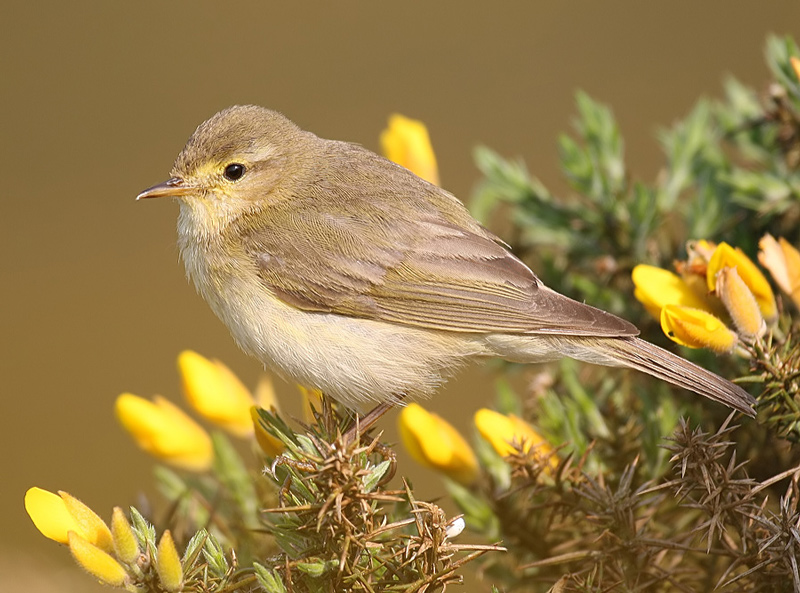 There’s a Sedge Warbler singing about 100 metres from our garden and he’s been singing there for weeks. He appears on every local BirdTrack list, giving him a status beyond his decibels, but I doubt that he will father any young.

A new paper, by a team from the University of East Anglia (UEA) and BTO, led by Dr Catriona Morrison, illustrates how lone singing males could be an inevitable symptom of species declines. This new research focuses on another summer visitor from Africa, the Willow Warbler, a species that experienced a 37% decline across England but a 27% increase in Scotland over the two decades covered here, according to the Breeding Bird Survey (BBS). Taking advantage of these spatial differences in population trends, this study explores the potential causes of skewed sex ratios among small and declining bird populations. The findings indicate that unpaired males are substantially more common in areas with small population sizes, which are primarily found in the south-east region. These imbalances in sex ratio may be down to female choice, as female Willow Warblers may be selecting busier breeding locations, where habitat quality may be better and males are more abundant. This leaves male migrants unpaired in poorer sites; many – like our local Sedge Warbler – could be on their own for the whole season.

Speaking about the aims of the new paper, Prof Jenny Gill, from UEA’s School of Biological Sciences, said: “Many migratory bird populations are declining and very small, isolated, local populations are becoming more common. If females prefer places where males are more abundant, small populations are likely to decline even faster. We wanted to find out whether this is happening.” The UEA/BTO research team used BTO ringing data from Constant Effort Sites to explore the extent, causes and consequences of variation in sex ratios in breeding populations of Willow Warblers across the UK. Around 8,000 birds were surveyed from 34 sites over 18 years.

Skewed sex ratios
Male-biased sex ratios occur in many bird species but are particularly common in those with small or declining populations. However, the reasons behind this and the implications for the success of local populations have rarely been investigated at large scales. Perhaps female survival is lower in areas where populations are in decline or there may be differences in the way that males and females decide where to breed? Although numbers are declining, Willow Warblers are sufficiently widespread and numerous to enable investigation of these issues. 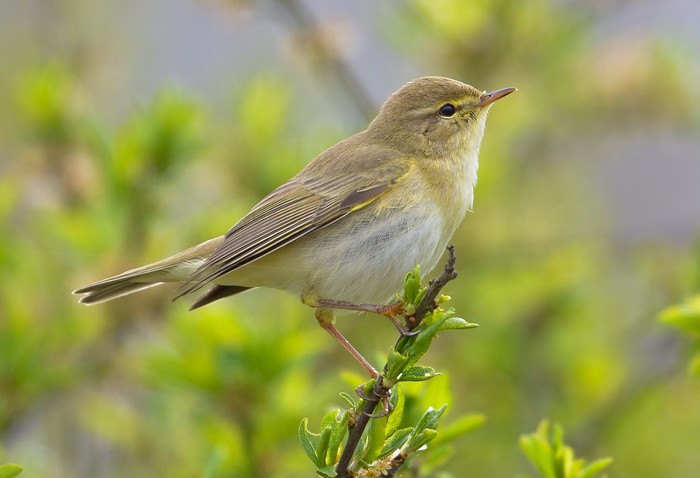 New Willow Warbler research
Reflecting on the analysis of data collected by CES volunteers, UEA Lead author, Dr Catriona Morrison, said: “In 1994, the male-female ratio was pretty much 50:50 for Willow Warblers across the UK but, over time, males started to outnumber females. By 2012, males comprised around 60 per cent of the population, with sites with smaller numbers of birds having a greater proportion of males. So, for example, in sites in the north-west of the UK, where Willow Warblers are very abundant, the male-female ratio was still close to 50:50, but higher proportions of males were common at sites in the south-east, where there are many fewer Willow Warblers. Unfortunately, as time goes by, we are finding there are more male-dominated sites, probably because ongoing habitat fragmentation means that small populations are becoming more common. As expected, we found proportionately fewer juveniles in male-biased sites.

Males are highly site-faithful and females may well be preferentially joining sites with larger populations – perhaps because they are attracted to the males, or because there is more suitable habitat. Having skewed sex ratios is problematic because it means a proportion of individuals will not be able to find a mate and breed. This could potentially drive faster declines in small populations,” she added.

Male-biased sex ratios could arise from greater female mortality in small populations, for example if poorer resources in these sites compound the greater costs of breeding for females. However, the authors found little evidence that this was the case; the increasingly frequent occurrence of male bias in Willow Warblers is not matched by any trends in male or female survival rates. This strongly suggests that females are more likely to recruit into larger populations and thus that conservation efforts should focus on maintaining and enhancing sites capable of supporting large populations that are likely to have more equal sex ratios.

What does this mean for BBS trends?


The Willow Warbler is one of many migratory species in decline across Europe and declining sharply in the south-east region of the UK. If small, local populations are increasingly frequent in these species, as a result of habitat fragmentation, male-bias may be becoming increasingly common. Given that singing males are the primary records used in surveys such as the Breeding Bird Survey and as unpaired males, unlike paired males, often sing throughout the breeding season, it is more likely that they will be recorded on surveys. These lone, singing Willow Warblers, Turtle Doves and Nightingales may be artificially boosting figures and inadvertently under-playing the plight of their species.

Journal reference: Catriona A. Morrison, Robert A. Robinson, Jacquie A. Clark, Jennifer A. Gill. Causes and consequences of spatial variation in sex ratios in a declining bird species. Journal of Animal Ecology DOI: 10.1111/1365-2656.12556.