A line of coastal sycamores flanking the lights of a North Sea gas terminal – surely migrant birds would be attracted to such a place and find rich pickings there amongst the trees? The location is the south side of Easington Gas Terminal but I had started to wonder if the site was as good as its potential indicated and whether any more effort was justified. Of course several rare birds have been spotted over the years, but only Siberian Stonechat, two northern Long-tailed Tits, Siberian Chiffchaffs and Pallas’s Warblers had appeared for me; fairly meagre pickings compared to the many scarcities I’d missed in the meantime down the road at Spurn Point. Autumn 2016 seemed a little more promising however and an Olive-backed Pipit on 8 October definitely raised the mood. During this period I must have looked at literally hundreds of Chiffchaffs, Goldcrests and Robins and I began to feel that it was time that something different showed itself to me. 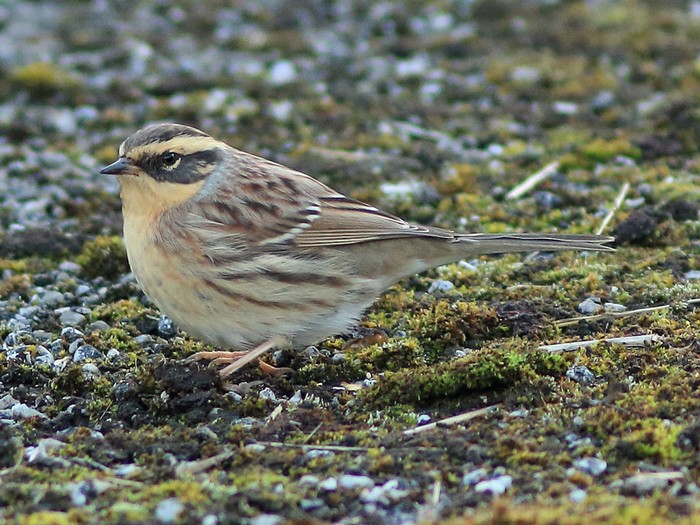 After a couple of days at work I was quickly back and on the afternoon of Tuesday 11 Oct I once again trod the well worn path up Vicars Lane and through the trees bordering the terminal fence. Nothing again and the same the next day - nothing. Thursday afternoon I set off yet again, and a slow walk through the sycamores gave delightful views of Chiffchaffs and a Yellow-browed Warbler but little else until I reached the tarmacked drive of a house at the western end of the road. Here I watched a couple of Dunnock feeding on the moss and also a few Redwings in the apple trees. Through the corner of my eye I noticed something hop out from behind a nearby skip. It had the same shape as the Dunnock but it also sported a long and bold creamy supercilium! I waited for it to turn to face me and yes the throat was also a bright creamy buff with no hint of black, the same colour extending down the chest to belly. I knew straight away what it was. I’d seen photos of the recent Siberian Accentor on Shetland and here in front of me was another! Wow what a bird. 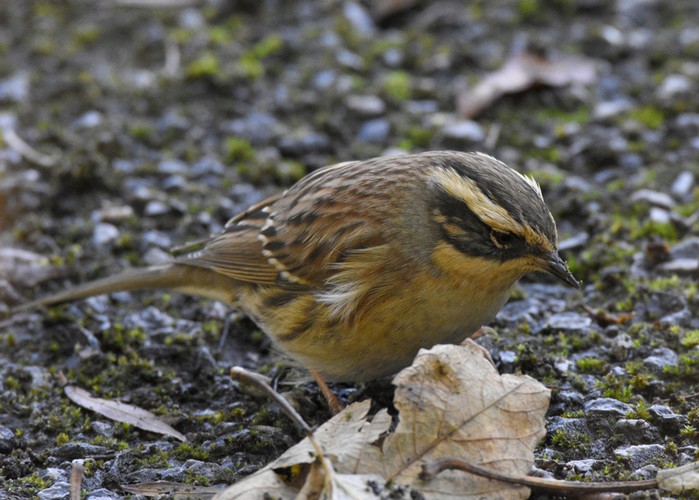 Reaching for my radio I called out the news, speaking softly at first because the bird was only six metres away “listen up – there’s a Siberian Accentor at the back of the Old School House” was the message. I knew everyone had heard me so I waited for the regulars to arrive. The bird remained very close, so I cautioned “don’t run you might scare it away” but when no one seemed to be appearing I altered it to ”hurry up, where are you all!” Finally birders arrived and I could hear cameras clicking away – job done. With shaking hands I walked away to compose myself – something that took a little longer than I anticipated and I didn’t come back for nearly an hour!

Thankfully the bird stayed faithful to the moss covered drive and is still there as I write showing exceptionally well to the many hundreds of visitors. Everyone associated with Spurn Bird Observatory was elated; yes a second sighting of this very rare visitor to the UK was on the cards, but you still don’t expect it to pop out on your local patch!

I realised that I’d found something good when Mick Turton came up and gave me a full man hug but the sight of Barry Spence coming to view the bird delighted me more. This was the first time in 44 years of knowing Barry that I had seen him twitch anything and I was pleased to show him a first for Yorkshire, after all those firsts for Yorkshire that he has found over the years.

Lance works as a bird tour guide for Bird Holidays in Leeds but also runs his own bird tour company, Birding Abroad

A group of conservationists stranded on one of the world's most remote islands have returned to the UK after a 12-day voyage and an RAF military flight. More here >

Urban insect populations would need to increase by a factor of at least 2.5 for urban great tits to have same breeding success as those living in forests. More here >

This year the WWT have already recorded 27 headstarted birds arriving back in The Fens after spending the winter overseas. More here >