A new study co-authored by WCS (Wildlife Conservation Society) addresses concerns over the many Arctic shorebird populations in precipitous decline. Evident from the study is that monitoring and protection of habitat where the birds breed, winter, and stopover is critical to their survival and to that of a global migration spectacle. 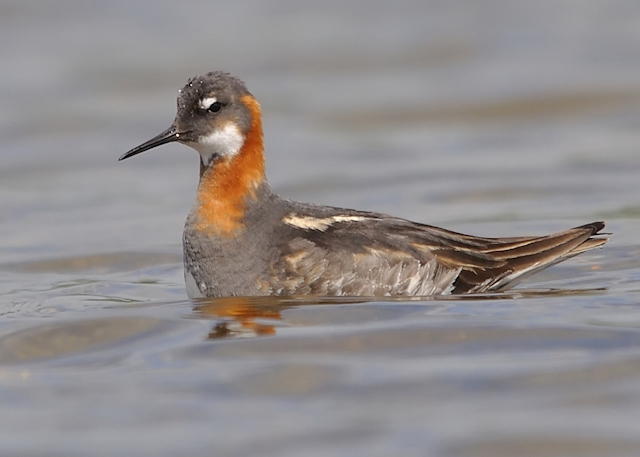 To understand why arctic shorebirds are declining and the role humans may be playing, Dr. Rebecca Bentzen of the WCS Arctic Beringia Program and her colleagues set out to quantify adult bird survival.

The scientists collected and combined data across nine breeding sites in the Canadian and Alaskan Arctic in 2010–2014, engaging in unprecedented levels of collaboration as part of the Arctic Shorebird Demographic Network.

Testing how ecological and human-related variables affected the adult annual survival of the birds, the scientists observed few breeding ground impacts, suggesting that shorebird declines are not currently driven by conditions experienced on the Arctic breeding grounds.

“In a positive sense, our estimates for adult survival were substantially higher than previously published across five of the six species,” said Bentzen. “This is good news; we seem to be doing the right thing in the Arctic as far as conserving these birds.”

This could change, however, with a warming and more variable climate, and oil extraction in environmentally sensitive areas such as ANWR’s coastal plain or around Teshekpuk Lake in the National Petroleum Reserve.

In addition, the study found that the survival of five species of shorebirds that migrate from breeding sites in the Alaskan and Canadian Arctic to wintering areas farther south in the Americas is robust, presumably due to favourable conditions in the nesting areas along that flyway. Meanwhile, Dunlin — a shorebird species that migrates to wintering areas in the East Asian-Australasian Flyway on the west side of the Pacific have poorer adult survival.

The authors surmise that loss of habitat at migratory stopovers or overwintering sites on the East Asian-Australasian Flyway are responsible for driving poorer adult survival rates and should be a focus of future conservation efforts.

Bentzen notes that the results should focus attention on habitat needs in the East Asian region. In addition, breeding grounds should be carefully monitored and protected as climate impacts and potentially development encroachment increases in and around these critical Arctic breeding habitats.

Eyes to the skies for returning Hen Harriers in Scotland

Hen Harriers are the UK's most persecuted bird of prey relative to its population size and sightings help build a picture of where they are. More here >