• Known for their aerobatic displays over our gardens, swifts fly over 6000 miles from central and southern Africa every year to the UK to nest and raise their young. Although numbers of the migratory bird have almost halved in the past twenty years.

• Ahead of UN World Migratory Bird Day on 10 May, the RSPB has teamed up with nine partners to launch England’s first ‘Swift City’ in Oxford.

• The ambitious two-year project will see current nesting sites protected and more than 300 new sites created throughout the historic city to allow the charismatic bird to thrive.

To help reverse the decline in swift numbers and nesting sites Europe’s biggest conservation charity has teamed up with nine partners to launch England’s first ‘Swift City’ in Oxford.

Every year the enigmatic swift announces the arrival of the British summer as they complete a 6,000 mile migration from central and southern Africa to nest and raise their young in the UK. These iconic species are truly Olympian birds; landing only to breed, they fly up to 500 miles per day often eating, sleeping and even mating in the air. However with falling population numbers there are now less than 87,000 breeding pairs arriving in the UK, down from almost 150,000 (-47%) pairs just two decades ago.

Part of this decline is being linked to a reduction in potential nesting sites – as old buildings are renovated and new ones are built they often don’t include nesting space. The two-year project will see the Oxford Swift City team take a closer look at the city’s swift populations, their nesting sites and important foraging areas, as well as helping local communities take action to help swifts where they live.

To help swift thrive in the historic city, the team will also work with local builders and planners to help protect the areas, buildings and neighbourhoods that we know they travel across the world to make their home, as well as creating a further 300 suitable nesting sites throughout Oxford.

Lucy Hyde, Oxford Swift City Project Officer, said: “The swift is an iconic species, its appearance announces the start of summer as they swoop and soar above our gardens. Sadly the swift is in trouble, their numbers have dropped dramatically, putting them at risk of disappearing from the UK.

“The launch of the Oxford Swift City project marks an important new chapter for our city’s swifts. This wonderful community project will provide local people with a great opportunity to learn about this iconic bird and discover how they can take action themselves to help give swifts a home in Oxford.” 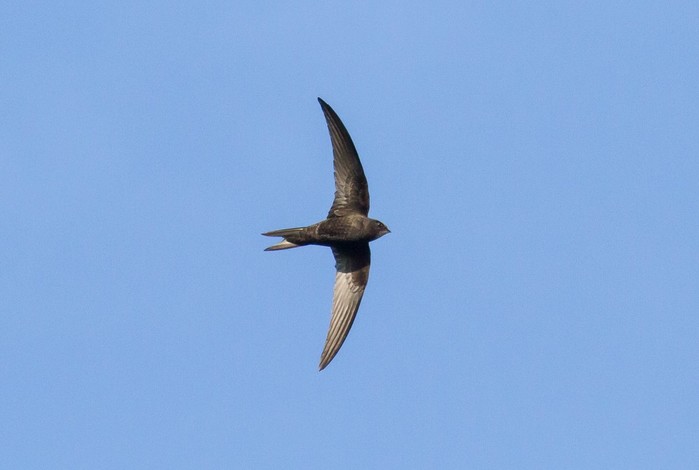 Oxford has a long scientific and cultural association with swifts. The swift colony nesting at the Oxford University Natural History Museum has been intensively studied by the Edward Grey Institute of Ornithology since 1948; one of the longest continuous studies of a single bird species in the world.

Chris Jarvis, Education Officer at Oxford University Museum of Natural History, said: “As the site of the longest-running continuous study of swifts in the world we're thrilled to be part of the Oxford Swift City project. The project will help us to deliver educational and public programmes that celebrate our iconic summer visitors and help to encourage people in Oxford to get involved in conserving and studying these beautiful birds.”

Oxford Swift City builds on the work started in Belfast in 2013, the UK’s first ‘Swift City. With the long-term ambition of creating more Swift Cities throughout the UK, it is hoped that they can act as flagships for public support and action in helping to halt the decline of this beautiful migrant bird.

Mai Jarvis, Environmental Quality Team Manager at Oxford City Council, said: “The City Council is very excited to see the launch of the Oxford Swift City project. Swifts have a special relationship with the city of Oxford and we are pleased to be partnering with the RSPB in conserving this amazing bird. All of the organisations involved in this project would like to thank the National Lottery for their very generous support. Without it, this project would not be able to happen.”

This project was made possible by National Lottery players and funded by the Heritage Lottery Fund. The ambitious project launched today at the Oxford University Museum of Natural History and is a partnership led by the RSPB with support from nine other individuals and organisations including the Berks, Bucks and Oxon Wildlife Trust, the University of Oxford and Oxford City Council.

Finders-in-the-Field: White-chinned Petrel, Orkney - A first for the Western Palearctic

A Scottish-ringed Osprey has been rescued and taken into care after being found in a Norfolk garden. More here >