The RSPB has used hotspot mapping techniques to learn more about the life of Kittiwakes, Guillemots, Razorbills and Shags as they forage at sea during the breeding season.

Seabirds are one of the most threatened groups of birds globally and many seabird species are declining at an alarming rate in Scotland. Conservation efforts are needed to halt declines and restore our internationally important populations of seabirds.

The new maps will be hugely important as they identify the most important areas at sea for seabirds, providing the vital information needed to make informed decisions on how we can best protect them. 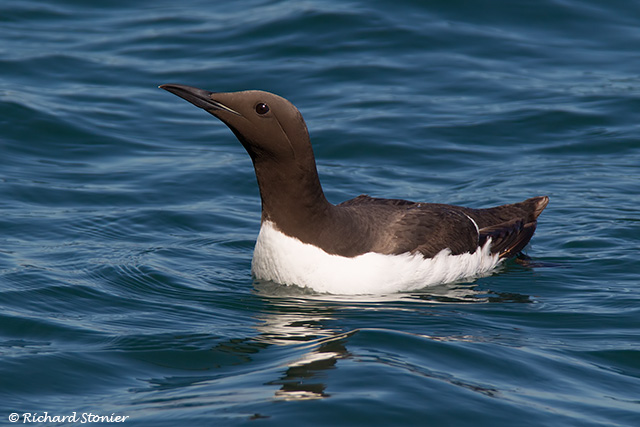 Scientists at the RSPB have produced new maps identifying, for the first time, the location of marine hotspots for some of our most threatened seabirds, based on tracking data.

A five-year RSPB project previously tracked the movements of Kittiwakes, Guillemots, Razorbills and Shags from colonies around the UK during the breeding season. This is an important time for seabird colonies as parents search for food to feed their young. The RSPB has now applied hotspot mapping techniques to these data to identify the most important areas used during this crucial time.

The four seabird species are all classed as Birds of Conservation Concern; Guillemots and Razorbill are Amber-listed while Shag and Kittiwake are both Red-listed due to their serious population declines. These seabirds are found in internationally important numbers in Scotland but are under threat from climate change, which is causing a reduction in the availability of their food, and also from human activity.

The new research, published in the journal Biological Conservation, demonstrates the large areas of sea used by seabirds and comes at a time when there is a vital need to understand more about them as decisions are being made relating to fishing, offshore wind farms and how we can best protect our seas.

Four different hotspot mapping techniques were trialled during the project and provide a range of potential areas that could be considered for formal protection. The researchers recommend that the choice of hotspot identification methods should be informed by considering species ecology alongside conservation goals to ensure hotspots are of sufficient size to protect target populations.

The protection of important areas of land and sea for birds is required by law through the creation of Special Protection Areas. The largest single marine SPA in the UK – the Outer Thames Estuary SPA – covers an area of 3,924 km2. However, the new analysis clearly shows that many hotspots are larger than this, and under some of the mapping techniques exceed the total area covered by all current marine UK SPAs.

The mapping reveals that for Kittiwakes, Guillemots and Razorbills, the importance of the Scottish coast (particularly the East coast) was apparent. For Shags, hotspots were smaller than observed in the other three species and were typically found in inshore coastal waters centred on the locations of their breeding colonies. 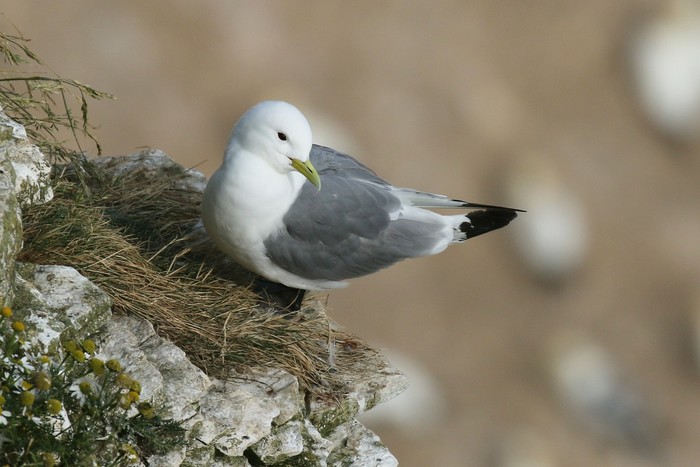 Dr Ian Cleasby, lead author of the research, said: “The sight and sound of hundreds of thousands of seabirds flocking to our shores is an amazing natural spectacle and something that we must help protect for future generations to enjoy. The results from this research provides better evidence that allows us to identify important areas of sea that should be part of protected areas and help to improve how we plan for development at sea to reduce conflicts between the needs of our seabirds and human activities at sea”

Charles Nathan, RSPB Scotland Head of Planning and Development said: “This research can help to direct development to areas where the risks to nature are lowest and focus conservation efforts to where they can best boost the recovery and resilience of our seabirds.

“This is particularly important at a time when we need to significantly increase electricity generation from technologies such as offshore wind to decarbonise Scotland’s energy system and help Scotland become a net-zero society. The challenge is that more offshore wind could risk the long-term conservation of globally important populations of seabirds which call Scotland their home. We therefore need robust and strategic spatial plans that are informed by high quality research such as this so that we can tackle the climate and nature emergencies together.”The RSPB has used hotspot mapping techniques to learn more about the life of Kittiwakes, Guillemots, Razorbills and Shags as they forage at sea during the breeding season.

Jon Dunn rounds up this week's news from around Britain and the Western Palearctic with the first record of Short-tailed Shearwater and plenty more. More here >