In their latest round of decisions [published on 5th February] the BOURC has announced that the Bearded Vulture found in Gwent in May 2016 and subsequently roamed various sites in southern England has been placed in category E.

Category E comprises those species that have been recorded as introductions, human-assisted transportees or escapees from captivity, whose breeding populations (if any) are thought not to be self-sustaining. Species in Category E that have bred in the wild in Britain are designated as E*. Species listed in Category E form no part of the British List, unless they are also included in Categories A, B or C

Bearded Vulture Gypaetus barbatus
The Second-calendar-year bird was first found at Sudbrook, Gwent on 12 May and they seen at Brent Moor, South Brent, Devon, 16 May 2016; Cookworthy Moor Plantation, Devon, 20 May 2016; Breney Common near Helman Tor, Cornwall, 23 May 2016; other dates as wandered southern England.

The appearance of a number of wandering Bearded Vultures during the past few years in north-west Europe, well away from their mountain breeding ranges in the Alps and the Pyrenees, has generated wide interest, particularly in light of similar observations of Griffon Vultures Gyps fulvus which have been shown to have a wild origin. However, it seems highly likely that all these wandering Bearded Vultures derived from introduced Alpine populations, which are slowly increasing but as yet not self-sustaining, rather than from natural populations in the Pyrenees. This has resulted in the species being placed in Category E.

The same categorisation has been adopted by other national bird committees in north-west Europe where Bearded Vultures have been reported, including Belgium, where the same individual seen in Britain was observed (e.g. see Rare Birds in Belgium in 2016).

Resident in mountainous regions. The nominate subspecies barbatus breeds in southern Europe and north-west Africa, from Turkey through the Himalayas to north-east China and Mongolia; meridionalis in western Arabian Peninsular, and north-east, East and South Africa. Reintroduction programmes are underway in the Alps within the former breeding range; numbers remain small but young have been produced (see www.4vultures.org). 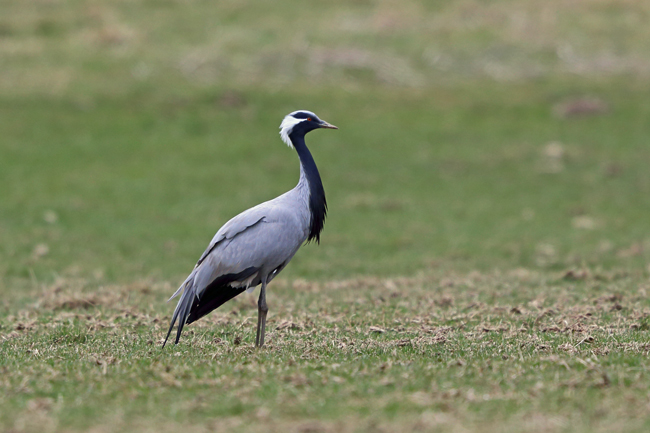 The species is widely kept in collections and, as yet, there is little evidence for it occurring naturally in north-west Europe. Small numbers migrate through the eastern Mediterranean to and from their African wintering grounds. This individual appeared at a time inconsistent with migration times, and without substantiation to support a natural origin the record was placed in Category E. The species was already in Category E due to a number of previous confirmed escaped records.

Breeds from eastern Turkey, the Ukraine and south-west Russia to Mongolia and northern China, with western birds migrating to winter in central eastern Africa, and eastern birds wintering in the Indian subcontinent.

This record was considered as a potential first for Britain, as it predates the Outer Hebrides October-November 2000 record. The species is widely kept and numerous in captivity, and has a track record which includes a series of proven escapes. In these circumstances, there is reasonable doubt about the origin of most British records. This along with the south-east locality in East Anglia, where some of our more regular vagrant Nearctic wildfowl species are rare, failed to convince the Committee that this bird was of wild origin. The record did not receive any votes for Category A and was placed in Category E.

Breeds across North America, with winter movements of birds from northerly parts of the range.

This bird was found next to a container port where large numbers of boats arrive from around the world. Though it was highly unlikely that it had arrived naturally as a vagrant, it was possible that the bird had instead been transported aboard a boat. As such it might have derived from natural populations, or perhaps more likely from nearer introduced populations in the Arabian Peninsula or Europe. However, it could also be an escape from captivity, as the species is widely kept. With the most likely explanations therefore being either transported from an introduced population or an escape from captivity, the committee voted unanimously for a captive origin with, consequently, the record being placed in Category E. The species was already in Category E, following a number of earlier records of escaped birds.

Cosmopolitan. Natural resident populations from central Asia, Pakistan, India to south-east Asia. A highly invasive species, with introduced populations throughout the world including Australia, New Zealand, southern Africa, Madagascar, Florida, the Arabian Peninsula and Europe, not all of which are self-sustaining.

What's on the end of the stick, Vic?

Covid19 - an update on our birdnews service

In light of the current restrictions on personal movements we have made some changes to our news output. More here >