Latest research by the British Trust for Ornithology (BTO) has found that, although several birds may benefit from a changing climate, particularly in the north, some species will be hit hard and among these are some of the most vulnerable British birds.

Already on the Red List, the Grasshopper Warbler is projected to decline further due to climate change (© Paul Ward)

Analysing data for 124 different bird species allowed scientists to understand how the whole bird community might change as a consequence of climate change.

Several species (55 of the 124 considered in this study) are likely to benefit from future climate change and their populations may increase significantly by 2080. In contrast, fewer species (11 of 124) are likely to suffer from climate change. This may apparently look like good news, but in reality six of the 11 species that are projected to decline are already included in the British red list of the birds that are at highest risk of local extinction (Grey Partridge, Curlew, Grasshopper Warbler, Ring Ouzel, Pied Flycatcher, and Yellowhammer), and four (Red Grouse, Snipe, Willow Warbler, and Meadow Pipit) are currently in the amber list. These species will be at even greater risk of extinction if urgent actions are not taken to improve the habitats and landscapes they require to give them a chance to adapt to climate change. 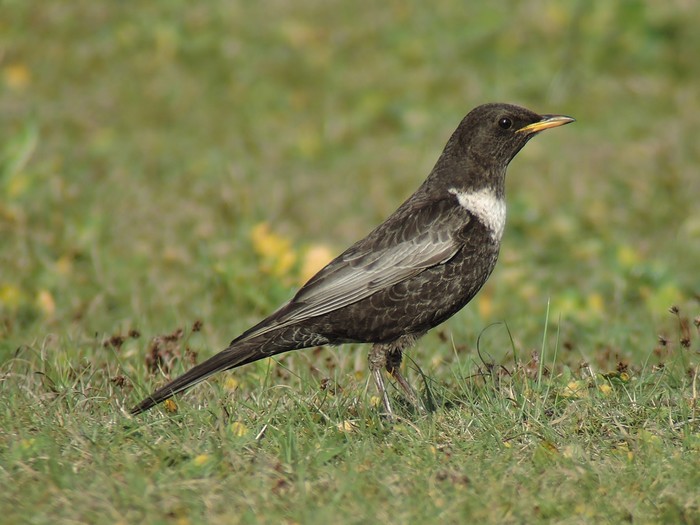 In contrast, 40 of the 55 species that are likely to increase are either green-listed, which means they are not currently threatened, or do not yet breed in Britain. This highlights how climate change will more seriously hit those species that are already of conservation concern.

Dario Massimino, Research Ecologist at BTO, and lead author on the paper, said, “This is the first time that count data have been used for future projections on such a large-scale and for so many species, and the findings are very interesting. Gains in the north and west, apparent stability in the south-east and a worsening scenario for those species already in precipitous decline. Without the dedication of BTO volunteers who collect the observations, this type of analysis just wouldn’t be possible; thank you to them all.”

Dr Mark Eaton, RSPB Principal Conservation Scientist said: “This paper serves as a clear warning that we must rise to the challenge of climate change if we are to avoid seeing species disappear from the UK. We already know that climate change is among the greatest long-term threats to our wildlife and research like this is invaluable by identifying the individual species that could be lost if we fail to act. Using the findings of this work we can plan for the future and the role the UK must play in protecting vital habitats and helping species adapt to a changing world.”

Among the 124 breeding bird species, researchers also considered some which are not yet present in Great Britain but could potentially colonise if they take advantage of higher temperatures. To achieve this, data from the UK Breeding Bird Survey were combined with data from its French counterpart (the Suivi Temporel des Oiseaux Communs). French data were included to better understand how species respond to warmer temperatures that are found in France but yet to occur in Great Britain, and to consider potential colonists such as Melodious Warbler and Tawny Pipit.

As a consequence of these responses to climate change, different regions of Britain will see net gains and losses in bird numbers. The projections show that the largest gains will mostly be in northern and north-western Scotland and other smaller areas of western Britain. The south-east shows apparent stability, but this is a result of potentially large declines in red-listed species and compensating increases in green-listed species. We are likely to see dramatic changes in the bird community throughout Great Britain, but in particular in the west of Scotland.